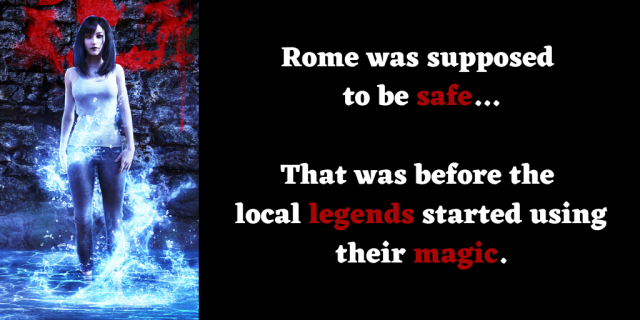 Rome was supposed to be safe–or at least safer than 90% of the planet. That was before the local legends started using their magic to destroy the food supply.

Considered one of Rome’s experts on legends, mostly because she keeps surviving their assassination attempts, Jordan finds herself racing to find the culprits before they strike again. But legends wield powers that aren’t documented, understood, or predictable. And Jordan isn’t even a soldier. She’s just some scientist unlucky enough to stumble over the local political mess.

The chances of getting murdered by magic beyond her comprehension is disconcertingly high. But if this unknown legend goes unchecked, Rome won’t survive the next few years…and Jordan doesn’t have it in her to walk away from that.