In another prompt from Top Ten Tuesday from That Artsy Reader Girl, I’ll be searching my memories for whatever I can recall about the most meaningful reads I had in my childhood. Those are from three series, one middle grade historical fiction and two young adult fantasies. Plus one bonus young adult fantasy author I wish I’d found while I was still a kid.

The Royal Diaries by various authors

I loved this series as a kid. Every time my elementary school had another book sale, I’d hunt though the shelves for another one of these books, and it was always so exciting to find one I hadn’t read yet.

Each one of these novels, written by different authors, features one historical female protagonist from a royal/political family during her teenage years. The first one I ever read, the one that started the habit, followed Cleopatra VII (the famous Cleopatra). I don’t remember much beyond that I loved it, and that it was set during the years she and her father visited Rome–before he died, and way before she became queen.

This series also introduced me to Nzinga Mbande, who was a total badass and deserves to be way better known as a historical figure.

Was this my introduction to fantasy? I can’t quite remember. I must have been reading some middle grade fantasy back in elementary school, but when I think back on my childhood, I just remember reading this young adult trilogy in middle school.

It was an absolute favorite, and I remember almost nothing about it. Only that it the protagonists were necromancers, but not in the way we think of them now. They carried a collection of bells that they used to lay undead creatures to rest, or something like that.

My sharpest memory of this series was that each book featured relatively isolated heroines, traveling through dangerous lands filled with demon-like things to reach some goal. At the time, these stories were among the few in the library with female protagonists going on adventures in their own right. And with more interesting professions than being princesses.

His Dark Materials by Philip Pullman 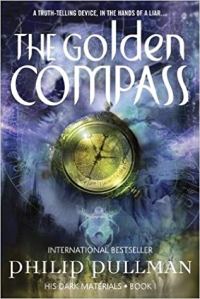 I think I started this series with the second book in the trilogy, weirdly. Then went back and read the first one.

The series features a girl and a boy from different realities, and spirit companions of some sort. Again, memory’s a little fuzzy. I remember a strong sense of adventure and rebelliousness, with a backdrop of research as to this weird ‘multiple worlds’ phenomenon. As opposed to the more isolated feeling of Garth Nix’s books, this trilogy had a stronger feeling of connection and cooperation.

Though strangely, I remember it being the more bittersweet of the two. Don’t remember why, though. Go figure.

What I Wish I’d Read as a Kid: Tamora Pierce 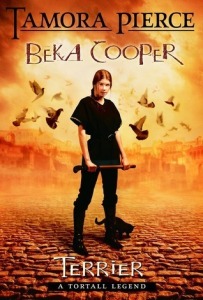 I didn’t start reading Tamora Pierce’s novels until my twenties. How on earth did I not find them sooner? The first quartet was finished before I was born.

The thing that keeps hitting with respect to these series is how much I wish I’d found them sooner. I was starved for female protagonists with agency going on adventures when I was younger. It would have been amazing to have access to these books. Especially the Protector of the Small quartet. Reading about such a non-standard, steady, compassionate girl (with only the tiniest, unrealized interest in romance) overcoming obstacles to live the life she wanted would have meant so much to me at that age.

But I’m glad that I found it eventually.